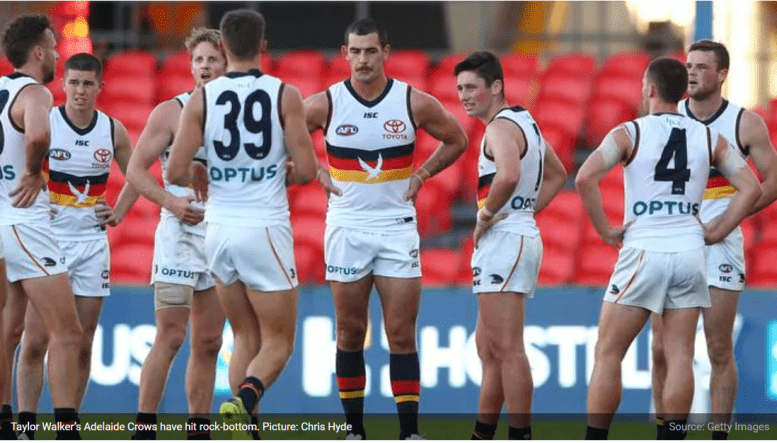 It was 1993. I was at the bank in a senior consulting role and received an interesting request for an internal facilitator. I went to see the senior client to take the brief. I remember some references made to “thirty staff”, “some long-standing conflict”, the need for “some cultural improvement” and the chance to “reward” branch members coming off delivery of a massive IT enterprise project. The General Manager added towards the end I would be co-facilitating with an external provider chosen by him and that we should have a preliminary meeting on the design of the workshop, even though much of it had “already been worked out”.

My gut was telling me to run a mile that afternoon even as I dutifully dialed the number of the outdoor adventure company. My L&D manager had explained this division had been planning a residential retreat and had been told they could not do so without an internal facilitator. She said we should do it because that division had never reached out to us for anything and it was a chance to forge a connection and demonstrate our relevance with this “bunch of cowboys”.

I was not pleased to be asked to be corporate chaperone at their rodeo; not due to ego but because I was concerned about safety. Not only physical safety but psychological safety, a term I wouldn’t even hear for another ten years. In the meeting that afternoon with the former SAS soldier who headed up the outdoor adventure company, I made it clear with all the assertiveness I could muster (I wasn’t always like this!) that I had been assigned overall accountability for the workshop, that I had final say on what we would or wouldn’t ask participants to do and that every outdoor activity we did over that two days plus had to be extensively debriefed. In other words, we would not lurch from activity to activity without pausing to collect learnings. The design was essentially action learning with subsequent deconstructions to create analogous connections with themes like role clarity, change, communication, culture, decision-making, leadership and “state” management; the ability to manage our own emotions under pressure. I knew that there could be potentially rich learning to come from such a workshop providing we focused on the right things. Mr. SAS, who was charming enough for a guy who knew how to abseil forward down a cliff face holding two rifles, agreed to halve the fee once I asked what it was and it was clear they wanted this as much as I didn’t.

There was one time, many years later, I would be escorted into a cafeteria at a manufacturing plant with 300 men in it and all conversation stopped at the sight of a woman. Not Miranda Kerr, just a woman. I remember feeling uncomfortable, but not frightened. I didn’t feel then the hostility I experienced when I met this cohort of cowboys. Even though it was only thirty of them, the resentment, the disdain, the misogynism was dripping off these white-collar programmer dudes like heavy rain. I introduced myself to those who had arrived at camp early. One reluctantly held his hand out, saying: “So you’re the woman who’s here to spoil our fun.” I told them with all the good humour I could muster that I was indeed that person but that I did hope we could all have some fun.

The first evening was fine. The first full day was too until one big burly guy spit the dummy over on an “island” and almost took a two by four to a teammate. His frustration tolerance was clearly low and others stood in pockets and laughed at him for caring so much about a few planks and a fictitious power plant they were building. Apart from worrying he was going to have a stroke or assault someone, the reaction of the others to him was going to continue to be a “thing”. I knew his behaviour was unacceptable but my heart broke for the poor account he gave of himself and I wondered how he would come back from that afterwards, especially if his colleagues were not going to let him forget it. I also realised in that moment, SAS and I wanted them to be successful.

That afternoon, SAS came to me and “told” me “the boys have all asked for abseiling”. I said warmly I could not ask my people to do anything I would not be prepared to do myself and hoped that would be the end of it. He said he’d already agreed to do it, that this would be the highlight of the retreat, that it would be “character building”, that he had all his equipment with him and was, of course, fully licensed. Three of them came up behind him and told me not to be a party pooper. I knew I was being set up but I didn’t want to project my own fear of heights/eldest child syndrome and maternal sense of responsibility onto the group and say no for selfish reasons. I compromised by insisting I wanted people to have the option to decline without ridicule but that anyone who decided not to participate had to hang out together as a group down the bottom of the hill with a drink that night and cheer on their colleagues.

Apparently, one guy had been calling his partner before the evening’s festivities and missed the compulsory safety demonstration. Unbeknown to me until afterwards, he took the hidden track up the hill, told SAS he’d abseiled before and put on his own harness. Half way down the cliff face, we heard him call out as in sickening slow motion his body started rotating to forty five degrees and it looked as if he would slide straight out of his harness and crash some thirty feet down on his head. SAS pulled on the safety rope and got him back upright. He wobbled his way down without further incident.

The participants probably left with grudging respect for me but I left with a strong sense of professional failure. I vowed I would never again be party to any facilitation that wasn’t well contracted, where the aims were dubious, where conflicting agendas were running and where little if any thought was given to the critical incidents that could occur or the damage that could be done to the delicate cohesion of a team where they were placed in an environment in which they could lose their humanity or their composure such that the sense of team might not ever be retrieved.

I am both fascinated and saddened in equal measure at what may have been the fallout of the Adelaide Football training camp in 2018. In our case, we wanted to test them, challenge them, take them out of their comfort zones but we wanted them to be safe, and now that would also mean culturally safe. While he was too blasé on safety and was no process facilitator, SAS understood the power of a shared vision, being given a challenge to work on together; committing to trademark behaviours, continuous reflection and learning and every member of that team playing their part in a full-hearted way knowing they were pivotal to the team’s success. In our case, the Bank abandoned any further interest in such “development opportunities” and one employee went home with a bruised ego and a scary story with a good moral to it to share with family.

We know that team bonding can and does come from facing adversity together but managed recklessly, if the facilitation ‘heat’ is turned up too high or too quickly, a team can either shoot the messenger/facilitator or turn in on itself.

A pack mentality is an ugly primal thing. We do not know what exactly went down at that infamous Adelaide training camp that might have been impossible for players to forget. Once faith, trust and respect are lost, it can be impossible to get it back. Indeed, any denial or minimisation of huge impacts by higher ups (and some senior people have left the Club) fuels even greater disconnection. Ironically, the event becomes a metaphor we never wanted much less anticipated. We look at the damage done to dignity, self-respect, empathy, humanity and start to doubt the ability of people we respect to use sound judgment, to see situations for what they are, to make good decisions, to rely on them to care about us and not just winning. The camp may not be the biggest factor any more. But once a team loses its belief and spurts of effort or class go unrewarded on the scoreboard, history gets repeated and messes with collective heads.

A crazy, turbulent AFL season we surely have in 2020 and one constant must be a team sitting on the bottom of the ladder. However, if a camp held nearly two years ago is still reverberating through the psyche of those who sponsored or attended it, what an extraordinarily sad and unintended consequence.

Leanne Faraday-Brash is an organisational psychologist, speaker, coach and media commentator. She is Principal of Brash Consulting, a Melbourne-based practice specialising in organisational psychology, organisation development and “workplace justice” (Equal Opportunity, ethics and employee relations). Leanne is the author of “Vulture Cultures: How to stop them ravaging your performance, people, profit and public image” published by Australian Academic Press. Leanne can be reached at www.brashconsulting.com.au