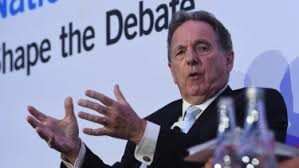 It was always going to be risky (much like this article!). As I understood it, Graeme Samuel came out last week and said one of the potential downsides of opening the flood gates to women directors was that too few, and potentially overrated, were occupying too many top corporate board positions; spreading themselves too thinly and compromising their ability to be effective. As one might predict, particularly when one can write the article, be quoted in a trusted journalist’s piece and someone else provides the headline, retribution from many quarters was swift and brutal. In this knife’s edge environment and in a world of social media where everyone who writes a blog is a published author and everyone who tweets is a social commentator, the place simply went nuts.